Soil bioengineering techniques applied to riverbanks are likely to participate actively in the restoration of the functional character of riparian forests (return of biodiversity, restoration of corridor functions, resistance to invasive alien species, etc.) while responding to the social demand for protection against erosion risks.

For example, in urbanized alpine valleys, riparian forests are sometimes the last biological corridor allowing the circulation of species along the valley. This is also the case in highly urbanized zones or in some large cereal plains. 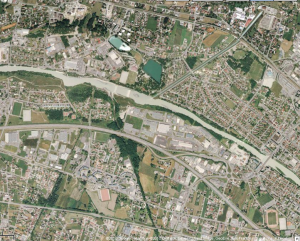 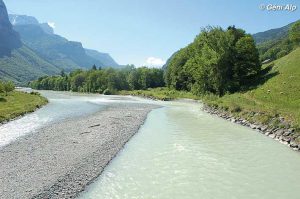 Break in the ecological continuity at the level of the riprap on the right in the photo. © Géni’Alp.

Restoration work on these environments is often done without a good knowledge of their structures and function, particularly concerning their roles as corridors and their connection to the landscape. The restoration of riverbanks often permits the restoration of the continuity of the tree corridor but the effect of this restoration on the functionality of the corridors needs to be clarified. 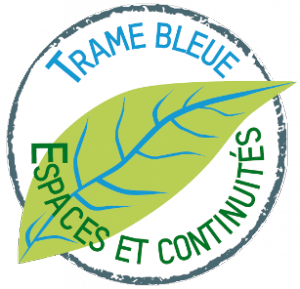