The presence of invasive alien plant species is often related to the intensity of human activity. Since river bank developments very often require excavation and the use of construction equipment, it can be assumed that they have all been subjected to a disturbance level of comparable intensity and to equivalent propagule exposure. 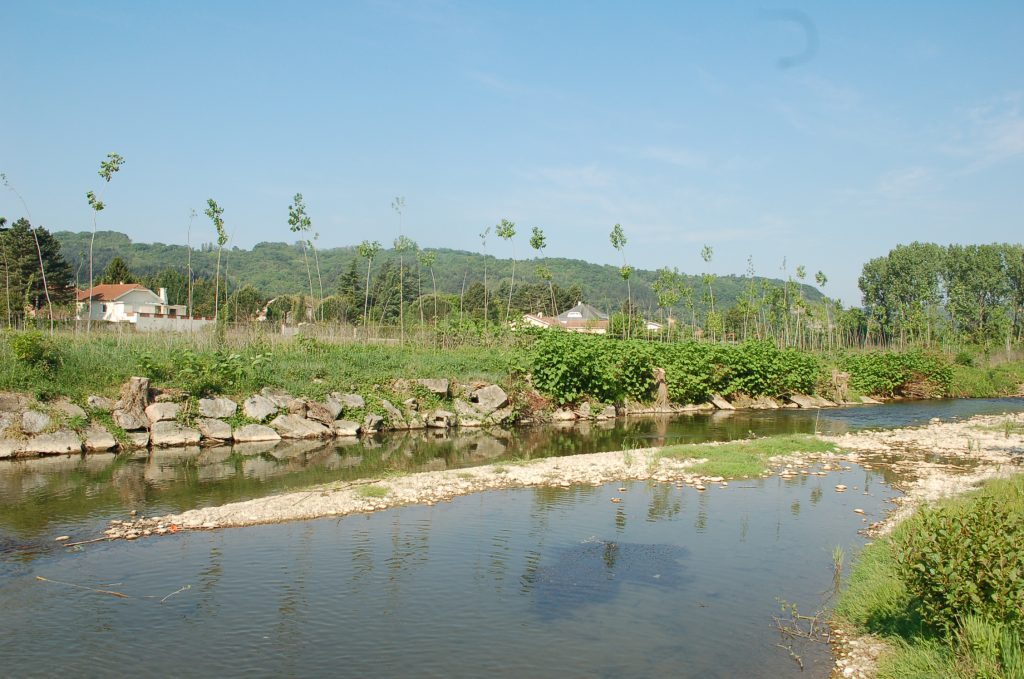 IRSTEA researchers therefore looked at whether all riverbank management techniques are colonized in the same way by invasive alien species. They found that all types of structures housed on average an equivalent number of invasive alien plants.

On the other hand, and as this picture illustrates, these researchers found that the frequency of encounter of invasive alien species was significantly greater on civil engineering works (riprap) than on other types of structure, whether they were constructions using pure soil bioengineering or mixed techniques. Invasive alien species thus spread more with riprap than with plant techniques.

This result can be explained by two factors:

When soil bioengineering techniques are used on riverbanks, it is likely that the development of invasive alien species is limited by the high density of willow cuttings used.